Your rights at work : Fill the 'G' to-day 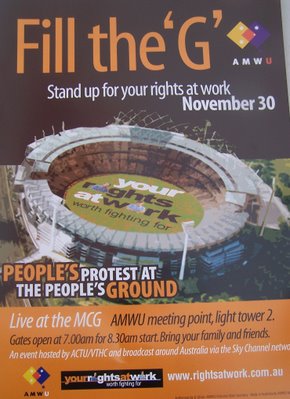 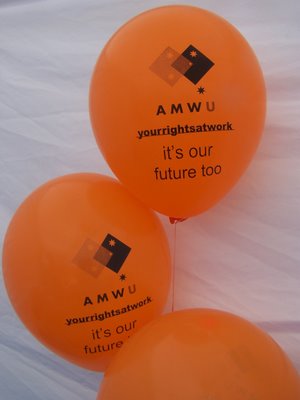 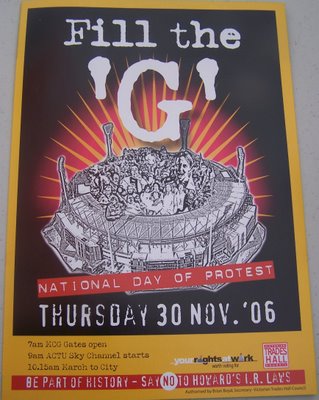 Posted by Unknown at 6:43 am Links to this post

On the topic of elections, Australians tend to take for granted their system of elections. Some of them whinge about compulsory voting. And, indeed, some conservative politicians would like to adopt an optional voting system. But, by law, voting in Australia is a must. Each citizen must be on the Electoral Roll. You may get fined if you don't vote unless, as with some religious traditions, you hold a conscientious objection to voting. [A bit different from the US system which frequently results in the US president being elected by a minority of US citizens.] Some Australians make their silent protest about this by deliberately casting an invalid vote or putting a blank ballot in the ballot box. But the informal vote is only ever a few percentage points of the total.

Australia has not introduced computerised voting (except that at the 2006 Victorian election computerised voting was available for people with vision impairment) and Miss Eagle hopes this never happens. Voting is by the good old fashioned paper and pencil method - not even a ball point pen is used.

Voting always happens on a Saturday with polling booths open from 8am to 6pm. This is convenient for most people. However, if it is not convenient, there are pre-polling booths in each electorate during the week so it is possible to vote in person if you are unable to attend the polling booth on election day. There is a system of postal voting available if you are unable to get anywhere near a polling booth. This means you have to apply by mail for a vote. The ballot material is returned to the voter and the ballot has to be posted and postmarked prior to election day. Places like hospitals, retirement villages and nursing homes, usually get a visit from a mobile booth on or before election day. In the Northern Territory, which has a large number of small remote Aboriginal communities, the week prior to election day involves a massive effort with mobile voting booths as electoral office officials fly into a community for a few hours before moving on to the next one.

So balloting is compulsory, simple, highly organised and efficient. Elections are managed by Electoral Commissions. Each state has its own electoral commission and there is a national one as well to run Federal elections: the Australian Electoral Commission.

But one unique and historic aspect of the voting system is little recognised by Australians: the secret ballot. In the United States, it is referred to as the Australian ballot. What would a democratic vote based on universal suffrage be without a secret ballot?
Posted by Unknown at 5:57 am Links to this post

This album is powered by
BubbleShare
- Add to my blog

To-day has been Election Day in the State of Victoria. Miss Eagle has been participating in the process. A fellow member with Miss Eagle of St Thom's congregation at Upper Gully, Rex Thompson, stood as the Greens candidate in the seat of Scoresby. Now Miss Eagle does not know Rex's age but let us just say that Rex and June celebrated their Golden Wedding Anniversay in August this year. So Miss Eagle figures this puts Rex at 70+. Miss Eagle reckons he needs a medal: putting up a creditable, but unwinnable, campaign for a party some would consider radical and the province of a younger generation.

Victoria has the Australian Labor Party (ALP) in government under the leadership of Premier Steve Bracks. His main opponent is the Liberal Party led by Opposition Leader Ted Baillieau. The National Party, a rural and agriculturally based party, runs in rural and regional areas and holds seats in the Victorian parliament. The Greens have no seats in the Victorian parliament but are a well known political party. Family First, a party widely supported by people in Pentecostal churches, has become known since it won a senate seat in the last Federal election with a Victorian candidate from the second largest Assembly of God church in Australia. The new kid on the block is People Power.

The real interest will focus on Victoria's upper house, the Legislative Council, where reform has been instituted in the form of election by proportional representation within multi-member electorates which will, in all likelihood, mean a more diverse membership.

As this is being written, it appears there is a possibility of the Greens winning their first seat in the Victorian Legislative Assembly in the seat of Richmond. The Greens are outpolling the Liberals to come in second which, under the preferential system of voting, means that the outcome of Liberal preferences will be of great interest.

Posted by Unknown at 6:57 pm Links to this post 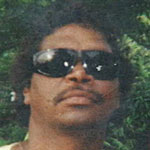 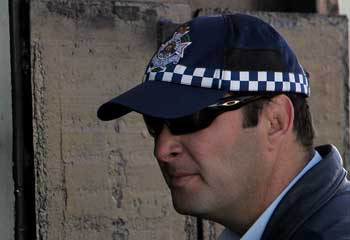 One of the great shames of Australia is the deaths of aboriginal people in police custody. The most recent death is that of Mulrunji. Miss Eagle has posted on this previously and has included the damning Coroner's Report on his death.

Aboriginal people are concerned that no charges have yet been laid in relation to the death. Sam Watson, poet and leading Aboriginal activist in Brisbane, gave voice to this at a rally this week.


Miss Eagle echoes the title of her previous post. In the Coroner's Report there was vindication - but will there be justice?
Posted by Unknown at 8:36 pm Links to this post

Your rights at work

This album is powered by
BubbleShare
- Add to my blog

On Saturday 11 November, Miss Eagle ventured forth to the Dandenong Show. Marie Cohen had co-opted her to help on the Your Rights at Work stall at the show. It was a wonderful day. The stall was a rip-roaring success: but then if it was not a success at Dandenong, unions would be in trouble everywhere!

The Dandenong Show was wonderful. ALthough Dandenong is a highly industrialised suburb one would have thought that a transplantation to country Australia had occurred. For more on this and more photos, check The Trad Pad. But here is the record of a wonderful day. Please take note, John Howard & co: this is the voice of ordinary working Australians. They don't want your type of industrial laws. They don't want the uneven, unlevel playing field you have constructed. Workers seek humane work places for themselves and their families. Above all they want to be able to provide for their families and spend time with their families. Comprehende?

ON NOVEMBER 30 TO ENSURE YOU DO

Posted by Unknown at 9:59 pm Links to this post 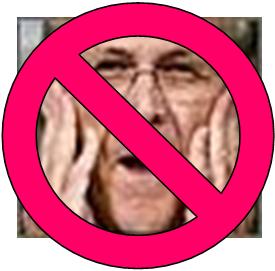 Miss Eagle returns from a battle with ill health rejoicing. The Democrats have won the day in the USA and this morning the resignation of Donald Rumsfield is announced. Rumsfield resigns from the war. In fact, he survives the Iraq War when he has sent so many young men and women to the war only to see them come home in body bags. Rumsfield will undoubtedly see rewards for what George W Bush describes as his patriotism. So after the war, after the killing, after the destruction, Rumsfield will undoubtedly be found a sinecure. Probably the best that can be hoped is that he never enters the halls of governance and government again.

The CIA - remember that in George Bush Sr and George W Bush we have had the CIA constituency ruling the world - has another body in the halls of power with the appointment of Robert Gates to succeed Rumsfield at Defence. Bob Gates headed up the CIA under Bush Sr. The military will be pleased!

Let's focus on the positives.

George W Bush's face is going to do a lot of about-ing in the next two years.
Posted by Unknown at 7:35 am Links to this post