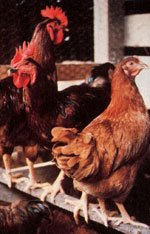 I don't want John Howard to resign. Please, John don't do it. Don't resign. Not yet. Not until. Hold on.

Hold on John...until all the chickens come home to roost, until the pendulum swings, until the seeds you've sown are shown to be noxious weeds and it is quite clear that you are to blame and that you will wear the consequences.

I once had a desk calendar that said that the best thing to do with a bad law is implement it. This is a painful action I know but some of us don't learn easily - and certainly not by having a good think. We learn by doing. We learn not to play with fire by putting our hand in it.

If you think I'm unrealistic, just look at what is happening to Dubya in Washington. Y'know the one. The one who has access to the gravy train that Howard hopped on. I think it is a dreadful thing if the USA has to suffer through a lame-duck presidency for the next three years. This will be three years of insufficient contribution to the weal of the world. But this is what is got - and the US has to learn it. George will stay - four year immutable terms will see to that. John could resign. It would be a cold day in hell for the US President to do so. But John and Dubya are inextricably linked. John has linked his retirement benefits to the Bush gravy train. Let's watch the star-linked friends decline together - so that the history books won't write about them with gratitude.
Posted by Unknown at 8:07 am