Of roosters and feather dusters (2)

See previous post for how roosters turn into feather dusters. 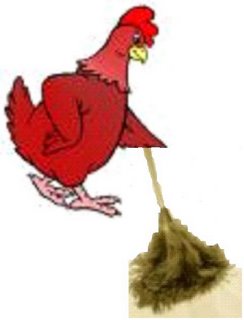 It is interesting to follow the careers of past politicians. The one I most admire is Jimmy Carter. A true man of peace and justice. His Christian ideals inform his deeds - with humility and without the controversy, the dogma, the holier than thou. To-day - on the thirtieth anniversary of The Dismissal - it is interesting to look at a couple of the more interesting Australian roosters: Gough Whitlam and Malcolm Fraser. Gough has maintained the rage and has become the grand old man of Oz Pol. But, if I have to pick, it is Malcolm - and am I amazed to say this. Malcolm's commitment to the fight against racism; to working for the poor and powerless; to speaking out for rights and liberties and his general and generous wisdom has truly made him a respected Australian elder statesman. In the years after 1975 I would not have shaken his hand. Now I would be proud to. Isn't time a wonderful thing.
Ones to watch are Bob Carr and John Howard. Bob has joined Macquarie Bank. While I understand that Bob is by no means old and it is no surprise that he finds himself in the private sector, people do wonder when a former politician - on the way to feather-duster-hood - goes to work for/with a company with whom he has had a political/economic relationship while in power. Is it just a use of skill and talent or is the person concerned being looked after and rewarded? This is why when John Howard resigns - and as you know I don't want him to do so for a while - I will watch with interest his career. I expect to see him internationally looked after.