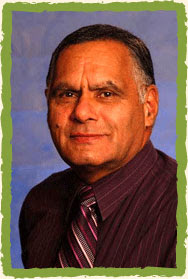 Some years ago, when the Fitzgerald Inquiry was established to enquire into police corruption in Queensland the first witness heard by the Inquiry was a policeman called Colin Dillon. Colin Dillon was a rarity in the Queensland Police Force. He is an Aboriginal man. Dillon appeared before the enquiry to tell his story about how he had been given a bottle of Chivas Regal whisky by a corrupt policeman. Dillon did not know what to do or to whom he should turn. So he kept the bottle of whisky and when the Fitzgerald Inquiry was established he walked into its offices and placed the unopened bottle of Chivas Regal on the counter and told the Inquiry his story. He had talked to the bottle each day as he shaved. But Col, from a Jehovah's Witness background, was not a drinker. You see, dear Reader, Col Dillon was then and is to-day a man of great integrity.

Col Dillon has now announced his resignation from his job with the Department of Community Services following the decision of the Queensland Government to abolish the Department of Aboriginal and Islander Affairs and a ruling not to charge a policeman over a death in custody on Palm Island.

Once more Col Dillon lets his actions speak so much louder than his words.
Col Dillon - Man of integrity
Posted by Unknown at 11:20 pm