John McIntyre was made the Bishop of Gippsland to-day

John McIntyre to-day was made the Anglican Bishop of Gippsland in a powerful and inspirational Service of Episcopal Ordination at the Metropolitical and Cathedral Church of St Paul in the heart of Melbourne. For John, it is a return to Victoria where he studied and initiated his ministry - a ministry that is noteworthy for an inclusive attitude to those marginalised by poverty, race, gender, or sexuality. For the last fifteen years, he has been the rector at St Saviour's, Redfern in the inner city of Sydney. Redfern is a suburb characterised by Housing Commission towers, a significant Aboriginal population, and increasing gentrification as the middle classes move in to restore nineteenth century terraces or take up an urban lifestyle in a Meriton apartment. John McIntyre and the St Saviour's congregation are well known identities in Redfern. If ever a church was immersed in a community, it's St Saviour's. John and the congregation have initiated many progressive programs for revitalising the community. St Saviour's does not dominate, nor does it run everything. But it is involved - it has set up organisations - as well as a community garden - and provides on-going support in a variety of ways. Church members may be on various community committees but if not they still know what's happening because of their community knowledge and friendships. John himself does not rely on people coming to him. He goes to them - even if it means propping up the bar at one of the locals for a while. An Aboriginal church is part of parish life on its own premises in one of Redfern's major streets. He takes his guitar and conducts services at Missionholme - an aged person's hostel run by Mission Australia. The same guitar is in evidence at Sunday morning services and Jan McIntyre, John's wife, is also part of the music support with a Celtic drum. The children's program always involves John and his guitar - and if I could have 'improved' to-day's service then I would have had John on his guitar and Jan on her drum. I spent three months on a ministry placement with John at St Saviour's. John is one of those rare creatures - an enabler. I'm not sure that the word 'no' is part of his vocabulary. With John, as with his God, all things are possible. If they don't happen to-day, that's OK. Just believe and you will see them happen. Reality bore out his faith. As full of praise as I am for John and Jan (by the way Jan's hospitality is legendary), I am amazed and curious about the people of Gippsland who want John as their bishop. You see John's style and the people he draws into the centre are not everyone's cup of tea. Yet Gippsland has chosen this man with a rare vision and style to lead it. This I know. Gippsland's (and the McIntyre's) journey to Christ and those whom He loves will be a story worth the telling. 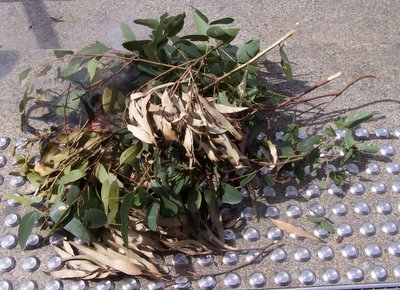 A smoking pyre on the Cathedral steps: Aboriginal ritual of healing and cleansing 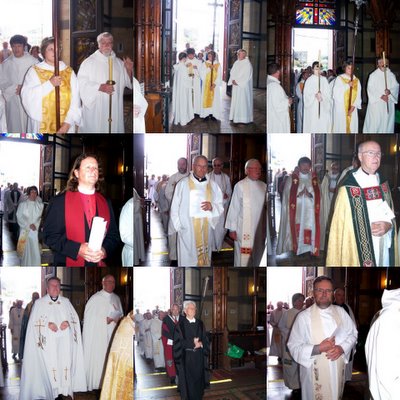 The Chapter Procession enters the Cathedral through the Great Doors 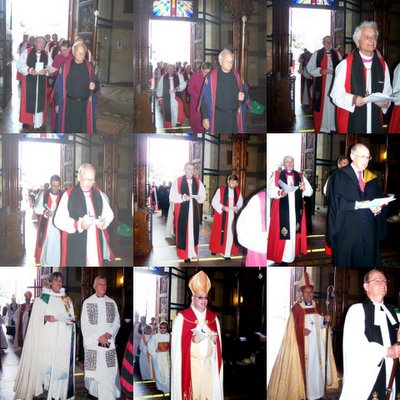 The Acting-Metropolitan's Procession enters by the Great Doors 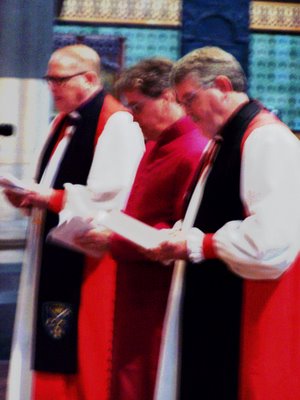 John responds to the Questions of Examination 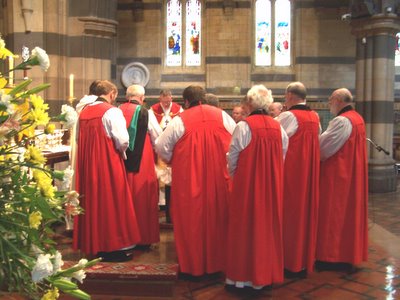 Bishops gather around John for the laying on of hands 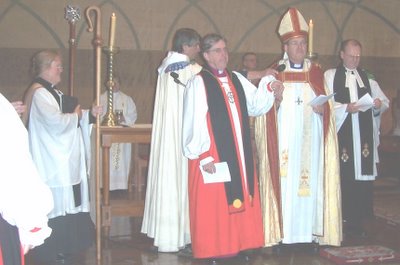 John is presented to the congregation as Bishop of Gippsland by the Acting-Metropolitan. There was resounding applause 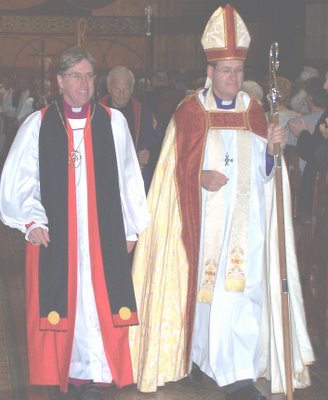 Note: John's stole with the Aboriginal flag. This was made by his mother for
NAIDOC Week 2001. 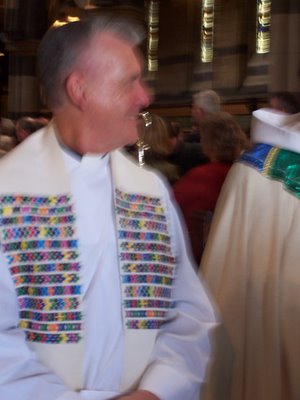