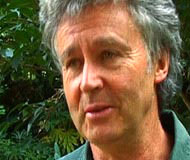 Leunig has been held up as an anti-semite in some quarters - and quite recently here in Melbourne. The problem is not with racism nor with bigotry nor anti-semitism. The cartoons in question portray an anti-war sentiment.

Empires survive on militarism - the American Empire of the USA no less than the British Empire or the Empires of other European nation states. Anti-war sentiment has never been welcome in the polity of empire and becomes punishable in many, if not most, societies in time of war. Australia is at war within the American hegemony. Israel is always at war with the Palestinians and watchful to the point of paranoia for anti-semitism and anti-zionism. Into this tangled web of paranoia, militarism, and misplaced ideology Leunig has fallen because of another's dishonesty and treachery. Anti-war sentiments and movements rarely find official acknowledgment. There has been no equivalent of the welcome home march for those who protested against Australia's participation in the Vietnam War. Yet this anti-war movement was significant for those who participated. It transformed my generation. It produced a generation of politicians many of whom are still scattered around the Parliaments of Australia. And, if this was not enough, many of us continued into the anti-apartheid movement to battle the Springbok tour of Australia and organise boycotts of South African products. I have never felt the need to read Mandela's biography - the anti-apartheid movement lived and worked in the shadow of his presence. Everyone loves Mandela to-day it seems yet few were around when the campaign was on. These two movements were and continue to be significant - yet little understood by the powerful in society, in a society dedicated to consumerism, material gain, and stratification by wealth and education.

It should be remembered there is, arguably, only one war in the last century which did not generate a widespread anti-war movement nor produce significant anti-war literature. This war was World War II. In this war, the evil and the enemy was clear from its political antecedents through to its conclusion. The anti-war literature of World War I is particularly significant from that of Vera Brittain through to Siegfried Sassoon. People of those generations felt like they had been hoodwinked. Young idealists had gone to give their all for their country only to see hundreds of thousands of young men used up as cannon fodder. While the anti-war movement of World War I was not replicated in World War II, war weariness was evident in the post-war election in the United Kingdom where renewal was at the heart of a nation who kicked out a victorious war Prime Minister in Churchill and sought a new world in the Britain's first Labour Government - a government which implemented the Beveridge Plan and introduced the Welfare State to the world.

Through our society runs the thread of anti-war sentiment which seeks to emphasise the productive and creative elements of the pursuit of peace and life in a humane society. It should not be misunderstood - nor should it be gainsaid. Nor should dishonesty and misrepresentation be allowed to bring it into disrepute.
Posted by Unknown at 9:19 am