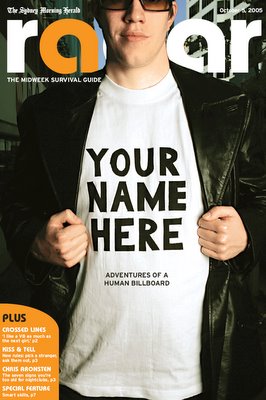 The deed has been done. The name has been named. The perpetrator of the Leunig hoax is Richard Cooke of The Chaser. Now The Chaser has definitely been hanging around the Federal Parliament for far too long - it has picked up the knack of deniability. Of not letting your right hand know what the left hand is up to. Instance, the Howard Government and the AWB. Similarly, The Chaser and Richard Cooke. Cute! Don't believe ya! In fact, that's the Cooke-d goose at the right. Clearly, there is a desire to use someone else's name one way or another. Read what he has to say about that here.
Photograph by Stephen Bacon
Published by The Sydney Morning Herald
Posted by Unknown at 11:08 am