What are we worrying about? 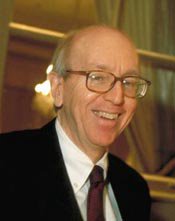 Over at The New Republic Richard Posner has an article well worth reading. You may think like me that there are questions we should ask of our governments, expectations which we - the electorate - should be ensuring that they live up to irrespective of their political colour. The world we love has had a big year:

This does not include our personal and familial woes or the big picture debates on modernity and globalization.

Posner looks at the competency that can be expected of government in dealing with major catastrophes even including risk from asteroid collision! His analysis is lucid and helpful. He points out that effective defence against attacks, including "attacks" by nature, has four dimensions.

Richard Posner then takes the circumstance of Hurricane Katrina not only to comment on the US response to this domestic catastrophe but also to use it as a criterion for how an attack by humans or by nature on a large city might be met.

One thing Posner mentions is that the US Government is taking on too much. Too many things which should be delegated to other levels of government. Getting embroiled in many of these issues could remove the focus from things that only a national focus can implement effectively.

Take a look at the Howard Government: it wants to take over TAFEs; dictate the values of schools; take over hospitals and health; and is legislating to take over industrial relations. All state responsibilities. I know there is a case for over-government in this nation of 20 million souls and I know that the states continue to act as the colonies they were founded to be. But do we really need a Federal Government which centralizes some of the most important and controversial areas of government in its own hands? Can a Federal Government that embroils itself in every controversy that comes along - whether it is moral or fiscal - focus on the things that only a Federal Government can do well? Or will it be distracted to the point of incompetency?

State governments have their competence questioned in many areas: Queensland with health and NSW with transport spring to mind. But they can be competent. Present failure does not have to lead to eternal centralization. Remember the old adage about a shoemaker sticking to his last. Let's tell our governments to stick to what they can do best - that way we can rely on them to be competent in carrying out their first duty to us - protecting us.