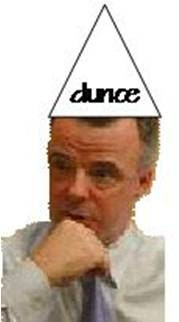 It is becoming clear just what sort of people dominate the 2008 manifestation of the Liberal Party. They are the people who just don't get it. They are the deaf who will not hear, the blind who will not see. Miss Eagle presumes that these sensory defective people have the numbers. I do not presume that there are no right-minded people in the Liberal Party. After all Pietro Georgiou, for one, is still there. I haven't heard that sort of voice getting any traction in recent debate on Aboriginal matters.

To-day Brendan Nelson and the Liberals are sulking: sulking so badly that Nelson has refused the bi-partisan offer made by the Prime Minister last week for the Leader of the Opposition to visit Aboriginal communities. The Prime Minister has nominated Friday as a day when Ministers do not have to be present in Question Time and backbenchers have greater freedom to have their say. Can someone explain to me what is wrong with that? I only have a problem with people who live in Northern Australia and the fact that they won't be home in their electorates on Friday nights, if for the weekend at all. But that's another story.


The fact is Brendan Nelson is protesting. He is not protesting about or for people. No, he is protesting about how the business of Parliament is being organised. In the current context, not the greatest item on the Agenda since the Magna Carta. In fact, Parliamentary procedure is never more important than humanity. This appears to have escaped Nelson and Abbott.


Of course, a visit to Walgett may be on the embarrassing side for Nelson - and for Abbott, too, if he were ever to move beyond the Northern Beaches of Sydney. After all, Walgett - like them and their electorates - is in New South Wales. 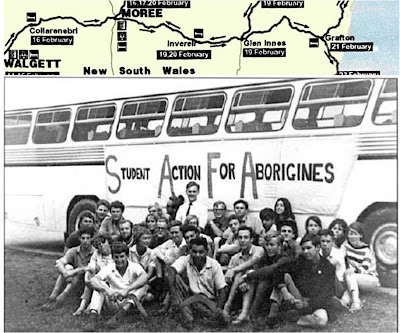 Now, Miss Eagle is not suggesting that life for Aboriginal people in Walgett has not improved since the Freedom Ride of 1967. Aboriginal kids use the swimming pool which once was out of the question. But Miss Eagle lived in Walgett in 2001-2002 and found it a place whose population had little knowledge of the history and social construct of the three Aboriginal groups who each call Walgett their country.

All but one business had windows covered with wire mesh. Sitting outside the one meshless business and watching was interesting. And it became clear why this one business - with an owner of Chinese ethnicity - had no mesh. This was clearly a place in which Aboriginal people felt comfortable doing business. Clearly, there was mutual trust in this place which was missing elsewhere.

Walgett - which includes the opal town of Lightning Ridge - has difficulties with its own governance. It has been in administration since 2004 and will have fresh elections later this year. The Walgett Shire Council has had an Aboriginal councillor before. Let's hope that this year they can get up more than one representative.

In Miss E's view there is a silent stand-off casting a pall over Walgett. There is the dominating force of local pastoralists - many of whom seem to see themselves as a sort of landed gentry. These are the people to whom owning land is important on many levels not least of which is as an economic base.

I'm not sure that the pastoralists see that this is probably the one great thing - apart from common humanity - that they have in common with Aboriginal people. To Aboriginal people the land is important on many levels not least of which is for sustenance of life.

However, Aboriginal relationship to land is not based, as it is for the whitefella, on "ownership". But then, in fact, many of Walgett Shire's "landed gentry" would not own the land either - at least in the freehold sense. Miss E's guess is that pastoral leasehold would still be the dominant land tensure. Please correct her if she is wrong.

So to-day a Prime Minister comes to the country of the two rivers, the Barwon and the Namoi. These rivers contribute to the major arterial system of our nation - the Murray-Darling system. I hope the visit of Kevin Rudd brings a similar hope, inspiration, and change just as the Freedom Ride did. And I hope Walgett remembers the time when the Anglican minister who had been willing to provide hospitality to the Freedom Riders felt obliged to withdraw his hospitality.

Miss Eagle hopes for the day when doors are truly open to all in Walgett and the mesh can come down from the windows.