Medical care for the aged = medical don't care in the USA. 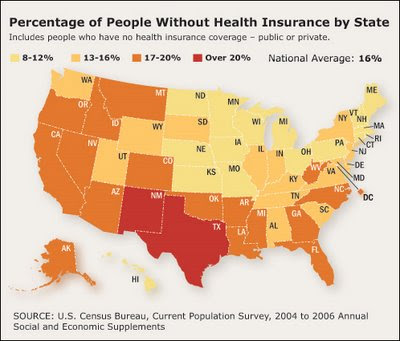 Sometimes Miss Eagle thinks that if there was a referendum in Australia on whether Australia should become the 51st state of the United States of America, it would succeed. But if you are an Australian who thinks the USA would be a great place to live with freedom and justice for all, then take a read of this.
Just so there is no mistake in understanding what you are reading:

John Howard and his Liberal/National Coalition were never able to abolish Medicare, the universal medical insurance scheme for all Australians. John Howard did all sorts of things to all sorts and classes of people in his eleven years in government. Doctors, in the main, vote for the Liberal Party and hate Medicare. Yet Howard did not change the system. Why? Because he and his government knew that Australians support Medicare and would not tolerate its abolition.

To Miss Eagle, this means that Australians can prevent governments from going against their wishes - if they have a mind too. Howard and his Liberal doctors wouldn't and couldn't change Medicare. At least on that score, Australians held their government accountable.

May Australians recognise just what they can do and continue to hold governments of all persuasions accountable and steer clear of slavishly following the USA.

Please Note: The population of the USA is over 300 million people. The above map estimates that 16% of Americans do not have medical insurance. This means that over 48 million people in that nation have no medical insurance. Following the decision in the report linked above, that is about to grow phenomenally as millions more of elderly people are deprived of coverage.