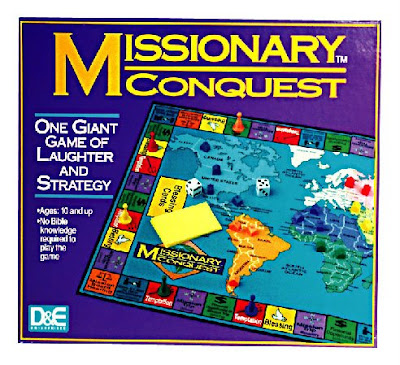 Let's call this for what it is. Hypocrisy. A brazen display of utter, craven hypocrisy. Tony Abbott was a minister in the failed Howard Government: the Howard Government which ignored - until a losing election was looming in its rear vision - Aboriginal Australia and, not to mention, the needs and aspirations of remote white Australia. And this sanctimonious ignorance was delivered at that centre for hypocrisy and we-know-what's-best-for-you, the Centre for Independent Studies. How long will we have to wait to hear this drivel reprised on Counterpoint - the mouthpiece for the CIS on the ABC?

Six years ago, Miss Eagle was working in Walgett in north-western NSW. The local whitefellas there had organised themselves to provide a scholarship for rural doctors. Medical personnel in private practice are in short supply in mainstream communities in remote Australia. People want to bring doctors to their communities and want to work hard to give them a good lifestyle and so retain them as long as possible. Whitefellas in the bush realise that their best chances are:

In a difficult situation, this is reasonable thinking - but it does not absolve governments of their responsibilities - and it expresses the commitment of a local community.

Unfortunately, Aboriginal communities are not able to get together to raise the great wads of cash needed for medical scholarship funding. Even if those concerned gave up their grog and their drugs, the money would have to go to families first.

However, the best bet of getting medicos out into remote Australia is the same two points that have swung white remote communities into action.

The thing that has always sickened me in the language and actions of Howard and his lackeys is they carry on as if no one prior to their military intervention was doing anything of any value. They had turned their backs years before - meanwhile other parts of humanity, black and white and brindle, were carrying on through thick and thin, funding cuts, isolation, deaf ears and everything that the Howard lot found politically on the outer, politically incorrect. The deaf ears and detachment of the Howard crew cost lives and cost progress.

Will government provide professional development on the ground for all professionals: health, education, justice irrespective of whether of whether they are university or TAFE qualified? You see, governments are very good at doing the flashy stuff like toys and technology and the flash-in-the-pan stuff of big budget announcements. It is not good at the incremental building of solid foundations and structures which will last and which will deliver. Whitefellas lose interest and head back to their capital cities - and blame everyone else for any failures.

And, finally, how will government help to build and revive economies in inland Australia. The mining companies fly in and fly out and do not contribute to community building and localised economies as once they did. Corporate agriculture does not always contribute to local communities in meaningful and substantial ways - but then family owned farming enterprises don't always either. I always remember the quote from western Queensland "..as long as there's a post office to pick up the mail." But may be, in these days of email and digital phones and faxes, he can live without the post office. And then there's the shopping. Woolworths and Coles don't sprout in much of inland Australia. You go to major cities or regional centres for that and the dollar goes away from local communities and economies.

But this nation has made millionaires (including a Labor Prime Minister's wife) out of employment programs for unemployed people, so why can't the same fertile minds turn their attentions to the building of economies in remote Australia for both black and white communities. They would benefit. We would all benefit. Communities would be stronger and more cohesive. Tax coffers could get some additional input. Let's do some real nation building in the inland for black and white communities.

When you can do nothing else: bear witness.
Posted by Unknown at 9:07 am