So you think that all Christians vote for right wing parties and think of political issues in terms of abortion, RU486, gay marriage and pornography. Not so. But, unless you follow the political processes of Australia quite closely, it can be hard to detect faith-based politicians and activists who take a broader view. They are there - and across party lines. Miss Eagle thinks of Bruce Baird in the Liberal Party and Claire Moore in the Labor Party who was one of that small group of women in the Senate who led the successful charge to make RU486 available to Australian women. There are others - but they are few. Not surprising really because, as a generality, Australians don't wear their faith on their sleeves as people do in the USA. Not that there aren't similar difficulties of awareness for broad-viewed people in the Republican and Democratic parties of the U.S. 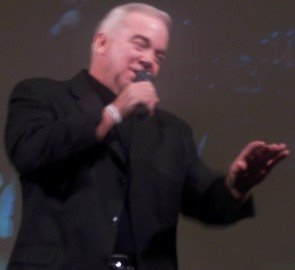 How refreshing it is when one comes across US citizens of faith who don't support the Iraq war, who put the fight for poverty, justice, and equity above the abortion debate, and speak out on the biblical basis for these views. Such a person was in Melbourne yesterday: Jim Wallis of Sojourners. Jim, hosted by Micah Challenge and introduced by Micah Challenge International Council member and Tear Fund Executive Director Steve Bradbury, spoke yesterday at the Melbourne Town Hall. 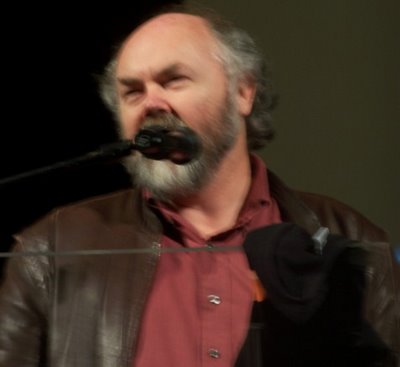 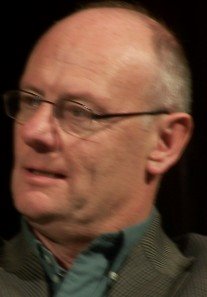 Jim is in Australia promoting the Australian edition of his book, God's Politics: why the American Right gets it wrong and the left doesn't get it.

Tim Costello wrote the Foreword for the Australian edition. 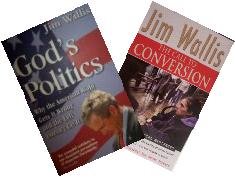 How did Jesus become pro-rich, pro-war and pro-America alone?

The good news is that the monologue of the right is over...Dialogue is always better than a monologue.

There are two great hungers in our world today, one for spiritual integrity and the other for social justice. And the connection between the two is the one the world is waiting for.

The churches ask for the edges of people's lives, and that's what they get, the edges. A whole generation of young people are looking for an agenda worthy of their energy and gifts, something big enough to give their lives to.

If I'm an unborn child I should stay unborn. Once I'm born I'm off the radar screen of the religious right - no child care, no support for mothers. It's pro-birth, not pro-life.

The choice is between hope and cynicism.

Cynicism is a buffer against commitment.

Hope is not a feeling nor a state of mind. Hope is a choice, a decision we make because of faith.

We are the ones we have been waiting for.

For a review of God's Politics which points out flaws as well as applauds, read Elizabeth Castelli's critique at Slate.