Good on you, Tegan - but remember CH 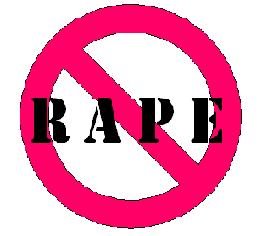 In recent years, Australia has watched in horror two rape proceedings. One which had as its central figure Bilal Skaf. The other involved men who have had their names suppressed. I find this of particular regret. Each of the two rape proceedings involved men of Muslim background. Each of the two proceedings appeared to have racial overtones involving the denigration of Australian women of European descent. The NSW Government - in whose jurisdiction the legal proceedings took place - were forced to change laws and the way victims gave their testimony because people involved in these cases, quite simply, had no respect for the law let alone the people whom they had raped. One disappointing factor in the case mentioned here is that the father of the men involved has not been held to account before a court or tribunal for his statements. He, a medical practitioner, is alleged to have excused his sons by saying that they did not understand Australian cultural standards. Was he trying to tell us that this society in which he has chosen to live and to bring his family to live supports rape and violence? He, a medical practitioner, is alleged to have said - on seeing the videos of the rape and violence taken by his sons - that one of them would have made a great gynoecologist. What blame attaches to this man for the rape and violence committed by his sons? What penalty does he face?

I congratulate Tegan for her ability to stand tall and not allow herself to be brought low by those who sort to denigrate her in the ultimate way short of death. However, let our thoughts never be far from CH. She never felt able to attend court, and wrote in a victim impact statement: "My own regret in relation to my lost dreams is a constant torment."
Posted by Unknown at 8:09 am