Aboriginal alcohol reforms: you would never ever know if you never ever go 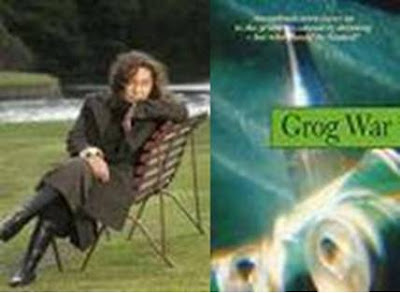 In all the brouhaha of John Howard's and Mal Brough's military intervention in the Northern Territory on the pretext of protection of Aboriginal children from sexual abuse, there has been one clear hallmark - lack of consultation with Aboriginal communities.

The Tennant Creek story is very different. This is the mainstream town that closed the pubs at the behest of a powerful Aboriginal community. It is documented by the 2007 Miles Franklin Award winner, Alexis Wright, in her book Grog War which was commissioned by the Julalikari Council.

To-day, on The World Today on ABC's Radio National, there is the report of an investigation by the National Drug Research Institute - including Dr Tanya Chikritzhs and fellow researcher Professor Dennis Gray from Perth's Curtin University - which has found that, ten years on, there are positive statistics demonstrating the impact of what Tennant Creek did more than a decade ago. Transcript available here.

How good it is to hear Tennant Creek being recognised; their work being justified and verified; and the public statement of indigenous instigation of alcohol reform.

If you only listened to Howard and Brough, you would never ever know if you never ever go!