Meanwhile back in the First Nations...... 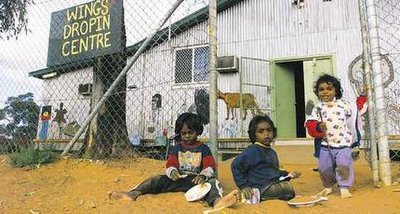 .....the care of children has a whole other meaning than the issue of childcare in mainstream society. Children are still being taken from their families and the groundwork is being laid for the continuing high representation of Australia's First Nations in the prisons of Australia. Two points to consider here: