Recycling a rorter - and then back to Queensland? 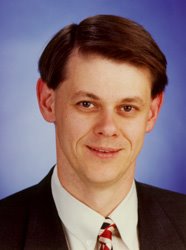 Miss Eagle will have to pay more attention. This appointment had got past her - but she thinks it is still worth bringing attention to it.

Mike Kaiser, as a university student, was brought into a select clique of young men, including Paul Lucas who is currently Queensland's Minister for Transport and Main Roads. These young men were destined for careers in or relating to the Australian Labor Party (ALP) in Queensland under the guidance and leadership of David Barbagallo, an expert in student politics as well as IT and former Chief of Staff to the Premier of Queensland, Wayne Goss.

Mike did what was asked of him or, to put it in Graham Richardson's vernacular, did 'whatever it takes' within the Labor faction governed by the AWU in Queensland; became State Secretary of the Queensland ALP; and was later elected to the Queensland Parliament from the seat of Woodridge. And then the excreta hit the rotating blade.

The Shepherdson Inquiry revealed Barbagallo and Kaiser's involvement (as well as the involvement of others) in electoral fraud. Peter Beattie wanted his government to be seen as cleaner than clean and so Kaiser resigned his seat. But it wasn't long before it became clear that Kaiser's resignation was window dressing and there appeared to be interest, including from Peter Beattie, in bringing Kaiser back in from the cold. He went off to be Assistant Secretary of the Federal ALP. Now, it seems, he may only be a step or two away from going to the electorate once again. He has moved from the backroom to become Chief of Staff to New South Wales Premier, Maurice Iemma. It is wonderful what the ALP Right can do. But if Mike is to face the electorate again - and, almost certainly, he won't bother if it is merely a marginal seat - what guarantee do the longsuffering voters have that Mike's ethics have improved?
Posted by Unknown at 7:16 am